The Secret Every Woman Must Know About Men!

Many women find themselves complaining about their men. Mostly, they feel hurt by how insensitive they can be, especially when it comes to remarks that make them insecure about their looks or desirability.

Often women think that men will only want them if they are beautiful, or if they look a certain way…they worry about their weight, stretch marks, or post-partum bodies. They worry their men might go off with someone else.

But there is something women need to know about what a man wants that can change all that.

Research has shown that the risk of suicide among divorced men is over twice as likely as that of married men, whereas with women there is no such statistical difference between being married or divorced.

Women are also the ones who initiate divorce 70-90% of the time!

We have this cultural belief that men are tough and insensitive. We think that “all they want is sex”, and that they have no deep emotional needs.

But these statistics come to show how untrue that really is.

The fact so many men become depressed after divorce just comes to show how attached they are to their family.

Women often make this mistake, and miss how fragile a creature a man can really be.

Discover how to ATTRACT your perfect partner into your life and create your dream relationship!

I want to find love!

One Man’s Realization About Himself

At 73, Jed Diamond felt certain that the cultural belief that “all men want is sex”, is just not true.

As difficult as it is for men to admit, he just knew that there’s something much more important and essential than sex that men are after, and it’s something women, are not always willing to give.

From the time he was young he learned that wanting sex was synonymous with being a man. It seemed better to be a jerk who is preoccupied with sex, than to want something more than that and be seen as less than a man.

What he realized is that what he most needed in his relationship with his wife, is to experience that he has, in his words, a “safe harbor”.

In a world of competition for status and constant comparison, he felt that what a man wants is just to be loved and accepted as he is, without having to prove anything to anyone or pretend to be something he is not.

He was looking for someone who could touch not just the body, but his heart and soul.

“Always wanting sex” is part of the male persona we wear to show we’re manly. What we really want is a safe harbor where we can take refuge, relax, and be cared for.

In other words, we want the feeling of being nurtured that most of us didn’t get enough of when we were children.

But admitting these needs makes us feel like little boys, not big strong men. Better to be manly with our sexual desire and then once we’re inside her body, we can relax, be ourselves, and be infused with love. That’s the hidden desire we have when we have sex.”

Get my FREE guide with the two most important tools to reconnecting in your relationship!

The Secret About What A Man Wants from a woman

The greatest secret about a man is that unlike women who go through the transformation of pregnancy and birth, to a certain extent, he remains a child (just with bigger toys!). And on the deepest psychological level, he still needs a mother.

His mother was his source of life, direction, and security. And so what a man most longs for deep down, is a woman who continues his mother, in the sense that she positions herself as a giving life force for him.

If a man senses this kind of warmth and intention from his wife, he will attach to her like a little child. Like the little duckling who follows their mother around everywhere she goes.

Without this feeling in his marriage, he feels like an abandoned baby.

You may think of all the macho men you know, but the truth is- the more macho they are, the more they are trying to make up for this inner vulnerability.

So women have this huge power over men. All they need to do in order to “turn it on” is show even the smallest signs of maternal care towards their man.

In traditional cultures, a woman would stay with the man’s family to learn his mother’s ways. But even just small gestures will do.

Tell him to dress warmly before he goes outside when it’s cold. Caress him lovingly.

It’s not about doing the dishes or laundry…those can be completely outsourced. It’s about loving him as he is, giving him that feeling that you want to take care of him. 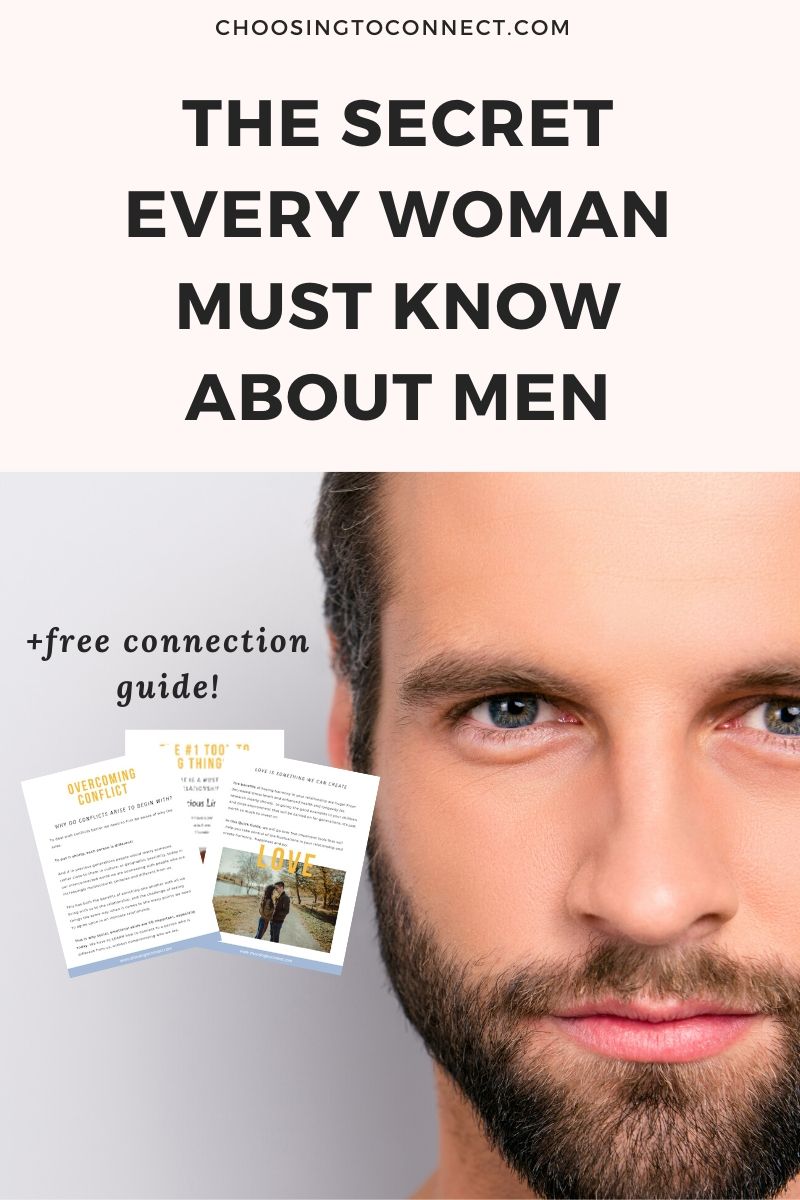 You may feel indignant at this point and say, why should I have to mother him? He is not my child!

But you should know that this is the way to receive his love.

If you start being motherly towards your man, you will suddenly see a child standing before you. This will glue him to you completely. He won’t be able to leave you or think of anything else. He will do everything as not to lose you, to pamper you, to do for you everything he has never done for his mother as a kid. He will compliment you from morning till night.

What if he doesn’t really know how to make you happy?  Talk about it! Tell each other what you like and don’t like, what you need to feel pampered and loved. There is no reason to expect your partner to know this by themselves.

Understanding your man’s deepest desire and vulnerability will allow you to lay the foundation of your relationship with him, and feel secure about your place in his heart.

Sure it’s not the full picture. Women often seek a father figure in their man. They need to feel that their man protects them and takes care of them too.

It takes work and time for two people to really get to know each other and understand what makes the other happy, but it’s understanding these basic natural characteristics that can totally transform your relationship and make things so much easier.

What are your thoughts? Share them in the comments! I’d love to know.

Discover how you can MAGNETIZE your perfect partner into your life and create your dream relationship now!

Toxic Relationships: How to Identify and Heal Them, The Spiritual Way!
Why Your Baby's First Years of Life Matter Most
How Emotional Contagion Influences Our Relationships
The Two Most Important Tools to Reconnect With Your Partner 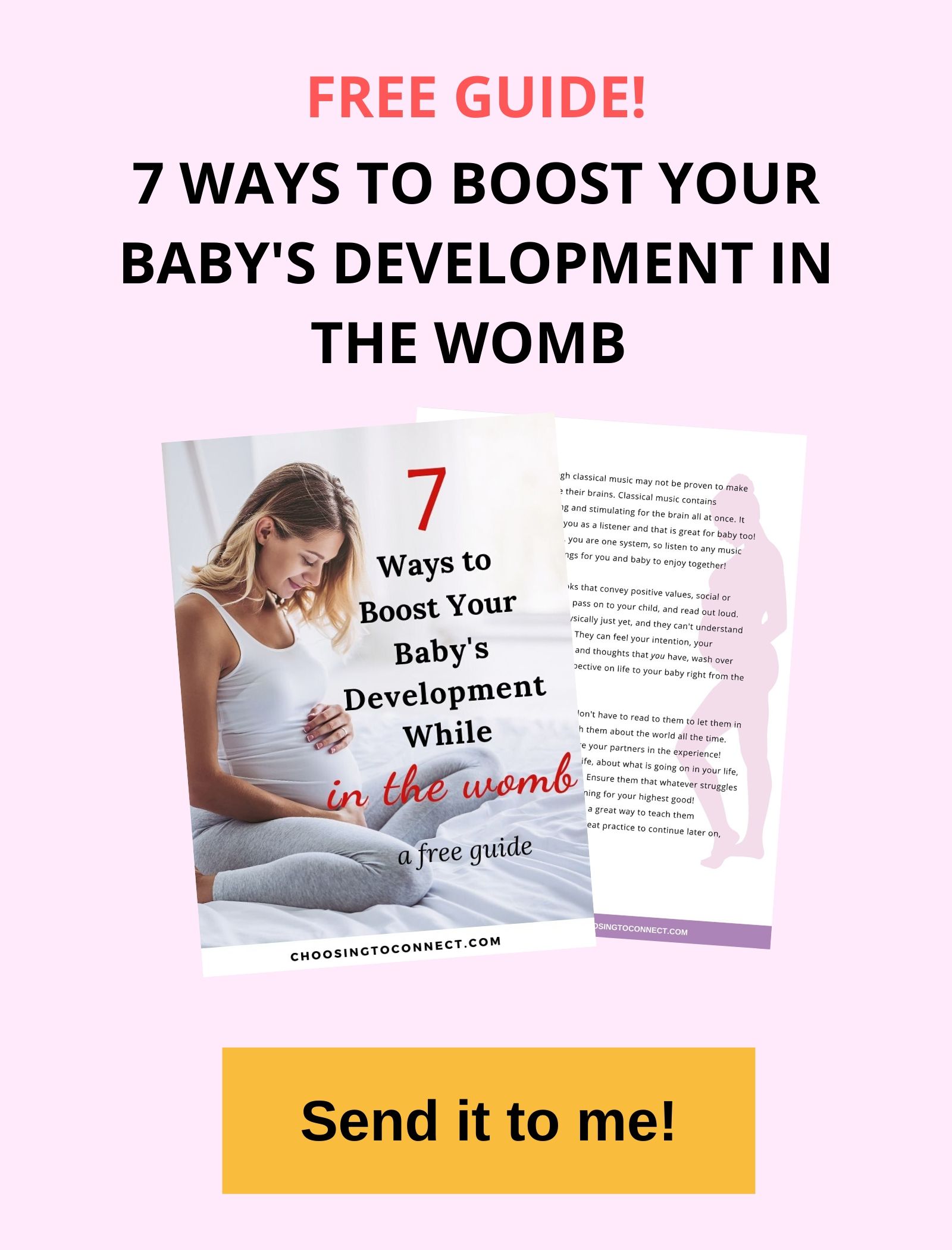 Fill out your details to get the free guide to greater connection in relationships!