How To Talk To Your Fetus During Pregnancy

Your baby wants to connect with you 🙂

It’s how babies are wired and built. They grow and thrive thanks to our love and attention.

When Rita Kluni, an RN, was working at the NICU, she looked at the babies, surrounded by medical personnel. She noticed that no one was stopping to talk to them or let them know what was happening.

However, she had the awareness that they were sentient beings, fully aware, recording memories, with no understanding of their environment.

So she would hold these babies with her deeper awareness, and she would tell them why they were in the hospital, where their parents were, and how much their parents missed them. She knew that they needed to know. That they could understand.

​When one prematurely born baby who had been in the NICU for months, was scheduled to go home, he kept getting fevers that prevented his release. Rita waited for a chance to be alone with him, and when she had the chance, she told him that she knew exactly what was going on.
​
He was afraid of going home because he was used to his many familiar caregivers, and not the one scared person who was his mother. She explained to him that his mother’s love was much greater than the love he could receive there, and described all the wonderful things he would experience when he went home.
​
She ended by telling him, “if you don’t like it out there, you can always come back”. It was amazing to her how intent he was on listening to her, how prolonged his gaze was. Usually, he looked around and didn’t focus much.
​
The next day he went home.

This encouraged her to keep communicating, explaining to the babies. She wanted to keep filling in the blanks, to give them the information they needed so that they would not feel helpless and afraid, to fill them with hope. 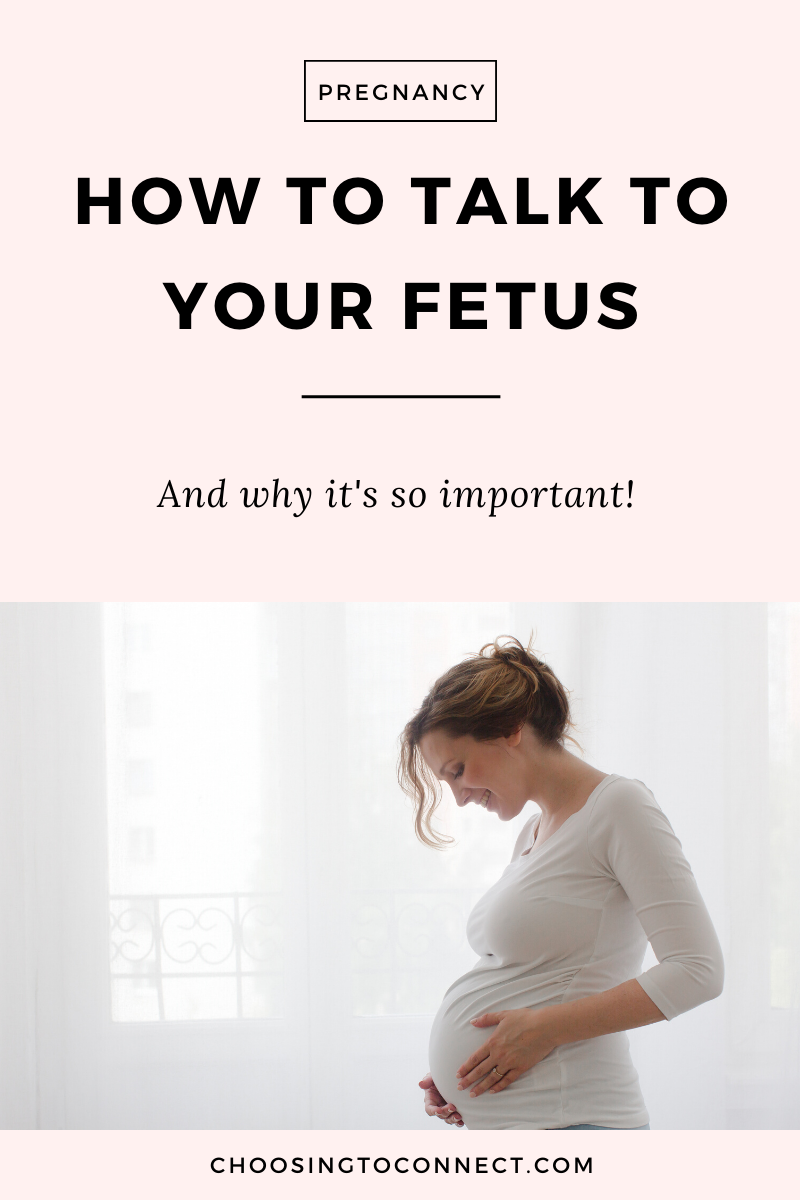 Babies need us to talk to them. Yet with our hectic schedules, I know how easy it is to let a lot of time pass without talking to our baby, or explaining what is happening in our life to them.
​
We may think they are too young or underdeveloped to understand, or that they don’t really feel what is happening around them yet.

But the truth is, that they are little sponges, absorbing our moods, thoughts, feelings and experiences. If we are going through any stress, if anything is happening in our relationship, our job or in other places in our life- they are going through it together with us.
​
Any fears we have of the future, (together with the joy, anticipation, and happiness)…it’s all being sensed and experienced by them too.
​
Yet when we talk to them, they feel the intention behind our words. Our messages are recorded in their cellular memory.

As University of California researcher, Curt A. Sandman, said “the human fetus is an active participant in its own development and is collecting information for life after birth. It’s preparing for life based on messages the mom is providing.”
​
So the more we can explain what is happening to them the better. Reassure them that anything negative going on, is not their fault, and that they are loved and wanted.

How Bonded Are You With Your Baby?

Find out how bonded you are with your baby and what you can do to create a calm, healthy, connected pregnancy!

What You Can Talk To Your Baby About

Talking to your baby helps them feel more connected, taken care of and secure.

It will help your baby be more conscious when they are born, more open to connecting with you, more open to experience and learning.
​
I hope this message encourages you to keep talking to your baby!

You can talk to them about:

If it feels strange to you to be talking to your belly, don’t worry about it. It’s totally natural and happens to everyone.
​
But remember there’s a little person in there, and they want to connect with you so much.
​
I’m here to remind you to take those precious moments and talk to your baby, it’ll mean the world to them.

What are you teaching your baby?  Share your ideas in the comments!

For inspiration on how to bond with your baby and infuse your pregnancy mindset with joy, download my free guide using the form below:

Get My FREE Guide With 7 Steps To Bond With Your Baby & Boost Their Development In The Womb!

Author: Tal Mandelbaum
Tal Mandelbaum is a trained social psychologist, a spiritual teacher, and a mom of two. She teaches online courses and workshops for spiritual seekers, who want to have a calmer, healthier more consciously connected relationship with themselves, others, and spirit! Follow her on Instagram for more pregnancy insights and inspiration!